December – The month of fires

Fire risk is particularly high in December. In Germany, during the advent season and Christmas, fires from advent wreathes and Christmas trees occur quite frequently. And on New Year’s Eve fireworks and crackers cause many more fires.

According to the GDV (General Association of the German Insurance Industry) around 12,000 fires occur every year with estimated 34 Million Euro losses. In 2011, 36 % more losses than in the other winter months were reported. Children are particularly endangered. The fire brigades assume that nearly one third of all fire victims are children. 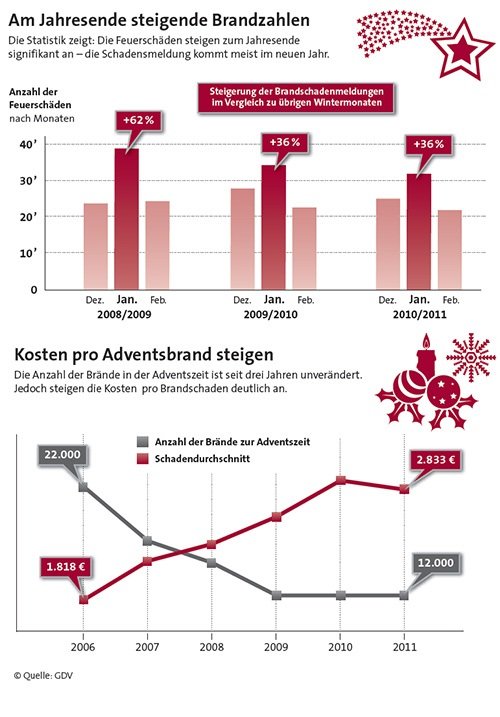