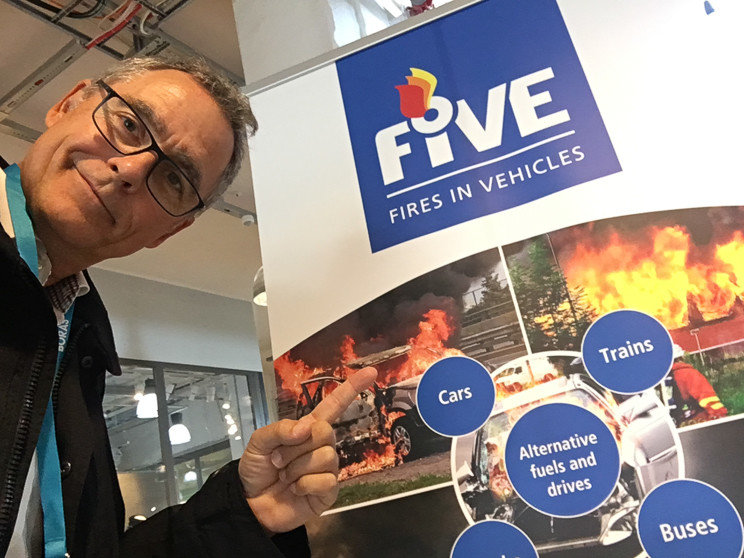 On 3 and 4 October 2018, the 5th biannual "Fires in Vehicles" (FIVE) conference was held in Boras, Sweden, organized by RISE Safety and Transport (Safety – Fire Research). Fires in vehicles pose a significant threat to life and property. Did you know that about 1% of busses catch fire every year (according to statistics for Germany and USA). In the USA, vehicle fires account for 14% of reported fires and 16% of fire fatalities. 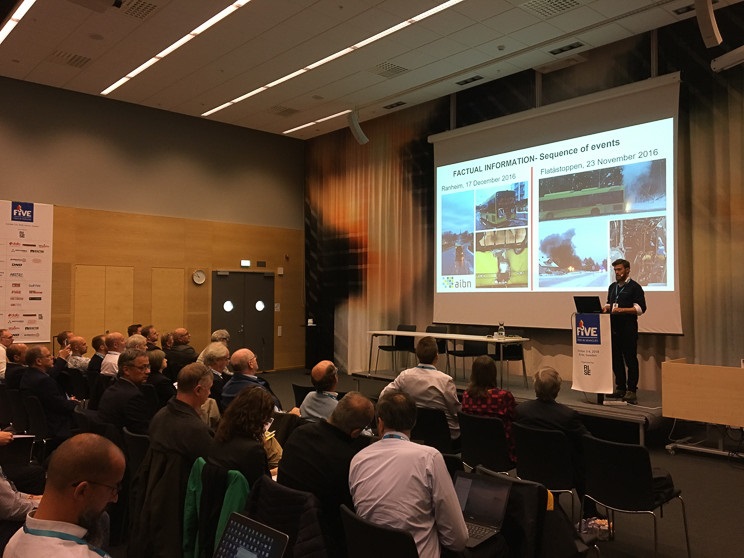 The conference was held at the Textile Fashion Center Boras 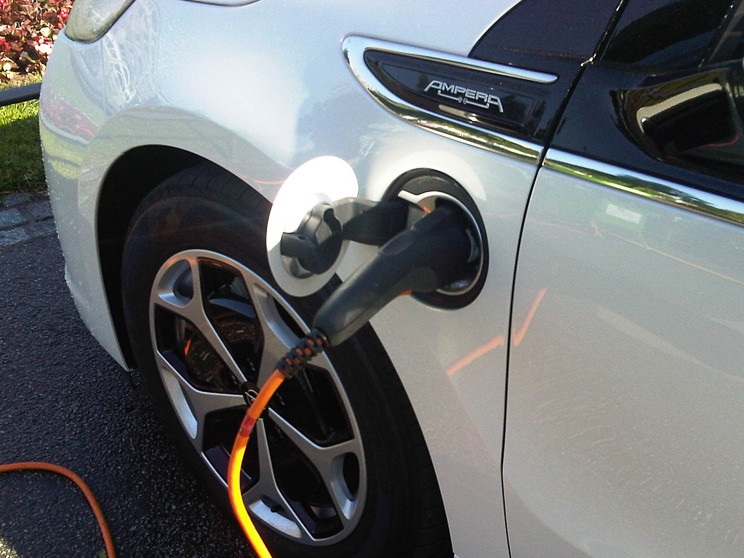 Whereas there is no evidence of increased frequency of fires in current electric vehicles (EV) compared to internal combustion engine cars, electric vehicles have their distinctive fire safety issues. The majority of EV fires happen after a crash (about 50%), but fires have also been observed while driving, during charging or just parking. The focus for fire safety is on the batteries, because like a petrol tank they contain a high amount of chemical energy densily stored in a confined space. One major issue is the smoke release before the actual thermal runaway (which can take several minutes to kick-in after a crash), with white smoke and potential emission of highly toxic hydrogen fluoride (HF) from the decomposition of the electrolyte (e.g. LiPF6). The HF is also dangerous for the fire fighters, because their protective gear can not easily retain this highly mobile and aggressive gas. In addition, re-ignition of an extinguished car is frequently observed. The combustion energy is about 5 to 20 times the electrical energy stored in the battery. In addition to the battery and its casing, also the electrical installations and peripherals need to be well protected against fire risks from higher voltages and currents than in combustion engine cars. 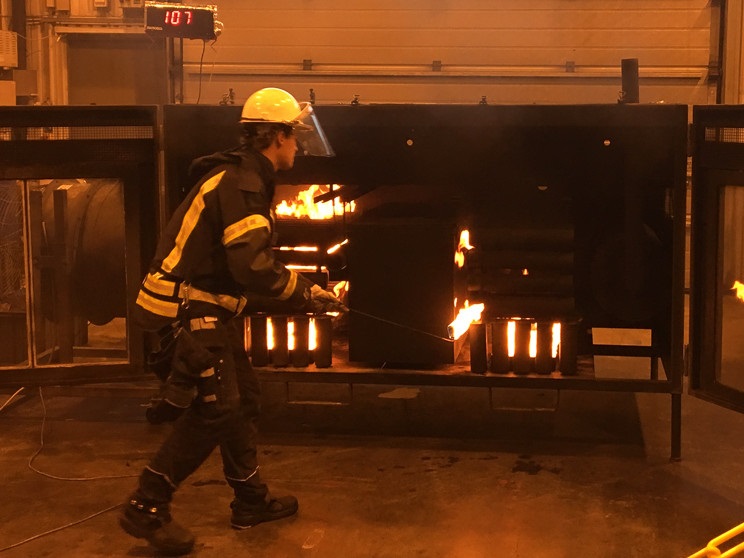 Test of a mock-up bus engine compartment at RISE

A lot of progress has been made on bus fire safety, with particular focus on installation of extinguishing systems in the engine compartment where most fires start. After some years in use, the maintenance is now becoming an issue. However, the materials used in the passenger compartment are still only very losely regulated so that there is still huge gap to the strict requirements found in trains! In her presentation, Anja Hofmann from the German Federal Materials Research Institute highlighted again the striking differences. Her key suggestions were limits for flammability and heat release of bus interior materials to gain time for escape for passengers, reaction to fire tests in vertical configuration as minimum requirement for all materials as well as limits for smoke production and smoke toxicity for all bus interior materials. 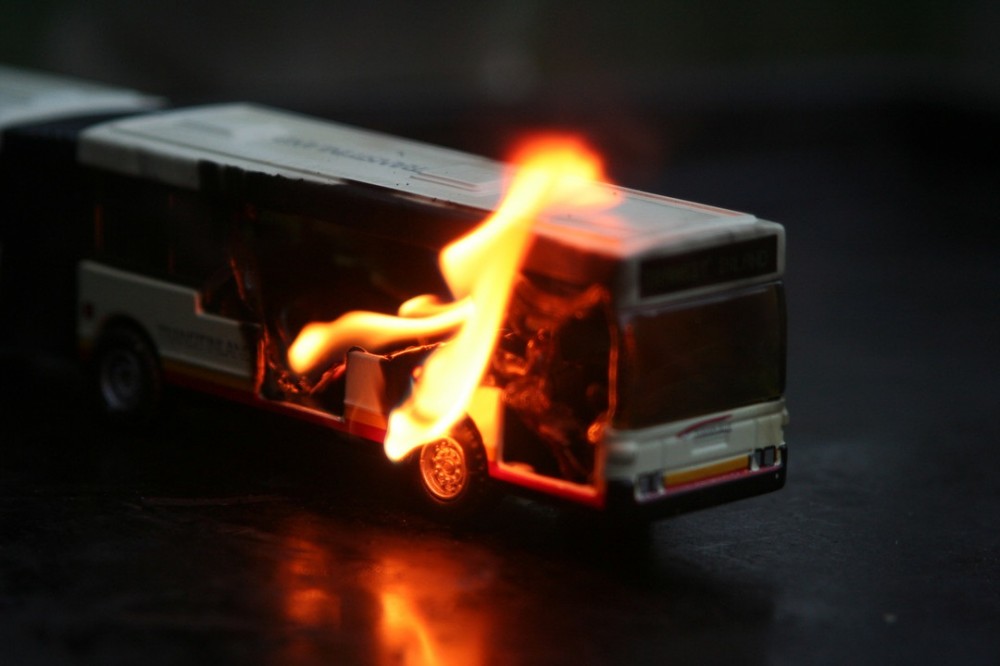 Test of a little bus mock-up in my backyard