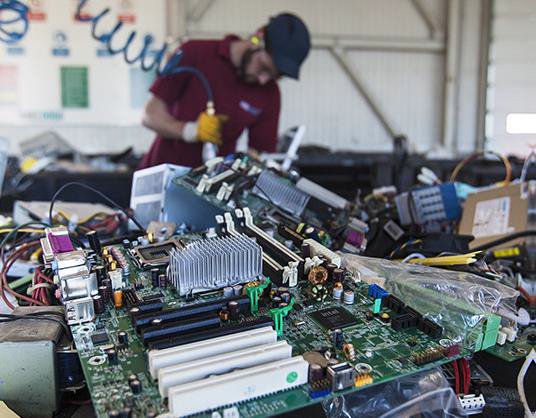 In the past, the growing amount of electronic waste and related environmental pollution lead to regulatory action in Europe. The resulting directives on waste separation, treatment and recycling (WEEE) and the restriction of hazardous substances in electronics (RoHS) have been in place since the early 2000s in Europe and many other countries have followed with similar legislation. After a “recast” in 2011, this year activities were ongoing about potentially restricting additional substances. So far, the heavy metals Cadmium, Lead, Chromium (VI), Mercury and the FR groups of polybrominated biphenyls (PBBs) and polybrominated diphenylethers (PBDEs) as well as four phthalates are restricted (the phthalates starting since mid-2019).

For potential additional FR restrictions, there have been substance reviews and consultations by the Öko-Institute in Germany on diantimony trioxide (ATO), medium chain chlorinated paraffins (MCCP) and tetrabromobisphenol A (TBBPA).

ATO is often used as synergist for chlorinated or brominated flame retardants. TBBPA is the world's most widely used brominated flame retardant, which is still applied mainly as brominated epoxy resins in the electrical industry for printed circuit boards (PCBs). However, it also finds use as additive flame retardant. In addition to ATO and TBBPA, MCCPs are used for other applications, for example as secondary plasticizer in PVC but also as FR for PVC insulations and sheathing for electric cables and wires.

ÖkoInstitut presented their proposed conclusions at a webinar 27th April 2020 with a recommended restriction of MCCP and of TBBPA, when not used as reactive component. As MCCP’s fulfil PBT and vPvB (very persistent and very bioaccumulative) criteria of REACH Annex XIII they are thus suggested as a candidate for a Substance of Very High Concern (SVHC). Under REACH the assessment of TBBPA as endocrine disruptive and/or as PBT is underway. For ATO, concerns were identified and a review of the whole combination of brominated FR and ATO suggested. Alternatives to these evaluated flame retardants exist and are commercially available (www.pinfa.org), even though they are generally not drop-in solutions, but often need adaptation of the polymer formulation and processing conditions.

A general review of RoHS will take place in 2021.