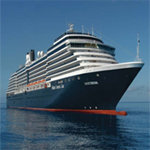 The International Maritime Organization IMO has developed fire safety regulations for international trading ships in the frame of the International Convention for the Safety of Life at Sea (SOLAS). In July 1998, IMO introduced the Fire Test Procedures Code (FTP Code), which contains fire test procedures for fire safe constructions and materials used on board of ships. The FTP-Code basically uses fire tests of the International Standards Organization ISO, which cover non-combustibility, fire resistance, flammability, spread of flame, smoke and toxicity of constructions and materials, as well as of specific products like textiles, upholstered furniture and bedding. The revision of FTP Code started in 2006 and has been completed in 2008. Adopted on 20.12.2010 as FTP Code 2010, it will become effective on 01.07.2012. With respect to the former version the following changes took place:

The revision of the IMO FTP Code sets higher fire safety requirements to enhance the protection of ships against catastrophic fires.