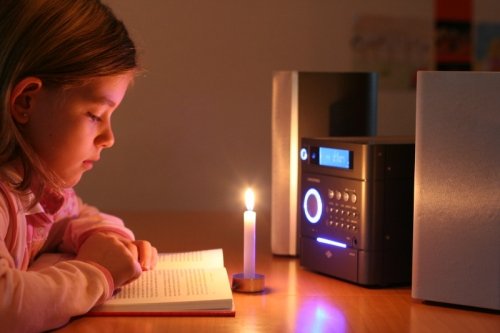 Founded in 1906, the International Electrotechnical Commission (IEC) is composed of 82 National Committees, (59 members and 22 associate members) representing all industrial countries in the world. IEC prepares and publishes international standards for all electrical, electronic and related technologies. These serve as a basis for national standardization and as references when drafting international tenders and contracts. The IEC's multilateral conformity assessment systems, based on its international standards, are global in concept and practice, and reduce trade barriers, thus helping industry to open up new markets. One of the most important conformity assessment systems is the CB Scheme. It is based on the principle of mutual recognition by means of certification through the use of internationally accepted standards. With 53 member countries, the International Electrotechnical Committee for Conformity Testing to Standards for Electrical Equipment (IECEE) is a global network of National Certification Bodies (NCBs) that has agreed to mutual acceptance of CB test certificates and reports. The Scheme is based on the use of international (IEC) Standards.

The CB-Scheme applies to many specific product categories established by the IECEE, for example IEC 60065 "Audio, video and similar electronic apparatus - Safety requirements", or IEC 60335 "Safety of household and similar electrical appliances". If a product is already UL-Listed, Classified, Recognized or has a test mark, such as a German GS- or VDE-Mark, these tests are usually accepted for the CB-Scheme. In some cases, additional testing is necessary to comply with national deviations.

The preparation of IEC standards, technical specifications, reports or guides is entrusted to technical committees. The IEC cooperates with numerous other international organizations, particularly with ISO, and also with the European Committee for Electrotechnical Standardization (CENELEC). The main IEC Technical Committees concerned with fire safety and related standards are:

In recent years, one of the most important IEC developments regarding fire safety was the introduction of external ignition requirements for IT and audio/video equipment in IEC/TC 108 "Safety of electronic equipment within the field of audio/video, information technology and communication technology", which led to the new IEC Technical Specification IEC/TS 62441 "Accidentally caused candle flame ignition". The criteria include testing with a Bunsen burner flame simulating a candle flame (UL 94 vertical test). Materials or items (outer housings >300 g) subjected to this flame shall not release enough heat to ignite other items and have to meet at least the classification UL 94 V1. These new requirements were foreseen to be introduced into the existing IT equipment and audio/video standards IEC 60950 and IEC 60065, respectively, and in the new standard IEC 62368 "Audio/Video, Information and Communication Technology Equipment - Safety Requirements". In April 2008, the Draft IEC CDV (Committee Draft for Vote) 62368 had been rejected by the IEC Member countries because of reservations regarding non defined chemical risks and insufficient safety against electric shock. The reference to the requirements of IEC/TS 62441 by the two existing IT- and audio/video standards IEC 60950/60065 had been rejected for the same reasons, however, approved for the corresponding European EN 60065. So the strange situation came up that for TV-sets external ignition flame testing is necessary in the EU according to EN 60065, but not for the rest of the world using the IEC 60065 standard.

The new standard IEC 62368-1:2010 is under revision and foreseen to be published in August 2012. It is possible that external ignition requirements may eventually be accepted, as, in parallel, IEC/TS 62441 Ed. 1.0 of 2007-03 "Accidentally caused candle flame ignition for audio/video, communication and information technology equipment" is now foreseen to become a standard and to be referred to in IEC 62368-1. There are also ideas to take over external ignition requirements for white goods.