The U.S. fire death rate has gone down dramatically over the past three decades since the creation of the U.S. Fire Administration (USFA), from over 30 deaths to 11 deaths per million population. The United States, however, continues to have one of the highest fire death rates per capita among Western Nations. The original goal for USFA was to help lead a reduction in fire deaths by 50 percent in a generation. With annual fire deaths dropping from over 9,000 to less than 3,500 in that period of time, USFA's goal has been achieved. Nevertheless, fire deaths are still high.

As already said, smoking has been the leading cause of home fire deaths for decades. Seventy percent of the home smoking material fire fatalities resulted from fires originating with a) upholstered furniture, or b) mattresses or bedding. Flammability standards and decreases in smoking have helped reduce these deaths, but the "fire-safe (self-extinguishing)" cigarette will help prevent many more. In the meantime, Canada and all 50 states in the U.S. have passed legislation requiring cigarettes to be "fire-safe." 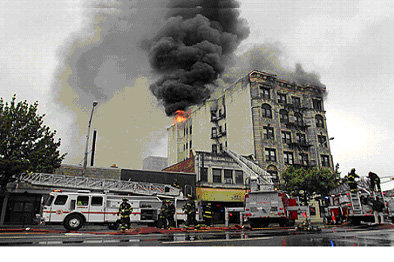