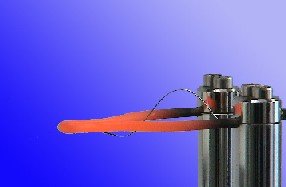 The glow-wire tests for end products and materials to IEC 60695-2-11 to 13 are required in Europe and increasingly in Asia, while they do not play a major role in the USA. The European standard EN 60335-1 "Household and similar electrical appliances - Safety - Part 1" contains safety requirements in Section 30 Resistance against fire and heat. It refers to the glow wire tests described in EN/IEC 606952-10 to 13:

The 5 s ignitability requirement is quite demanding and many flame retarded plastics meeting UL94 Class V0 do not pass, as they will extinguish shortly after the required 5 s. Plastics with flame retardants acting by char formation may be particularly affected.

In order to improve the GWIT test, a round robin was performed with industry in Germany in conjunction with German VDE (Association for Electrical, Electronic & Information Technologies) in 2007. The findings were considered in the frame of an international IEC/TC 89 round robin to improve the GWFI and GWIT test procedures. Both round robins showed that test environment, test chamber, glow wire and temperature measurement are not exactly defined and may lead to scattering results. However, with the exception of corona effects no more considered as flames, these results will probably not lead to major changes in the GWFI and GWIT standards under revision.

Both standards are now in the stage of a Committee Draft for Voting (CDV) and comments may be given until the next IEC/TC 89 meeting in October 2009, but are not expected. Once voted, they will be published in the first half of 2010.